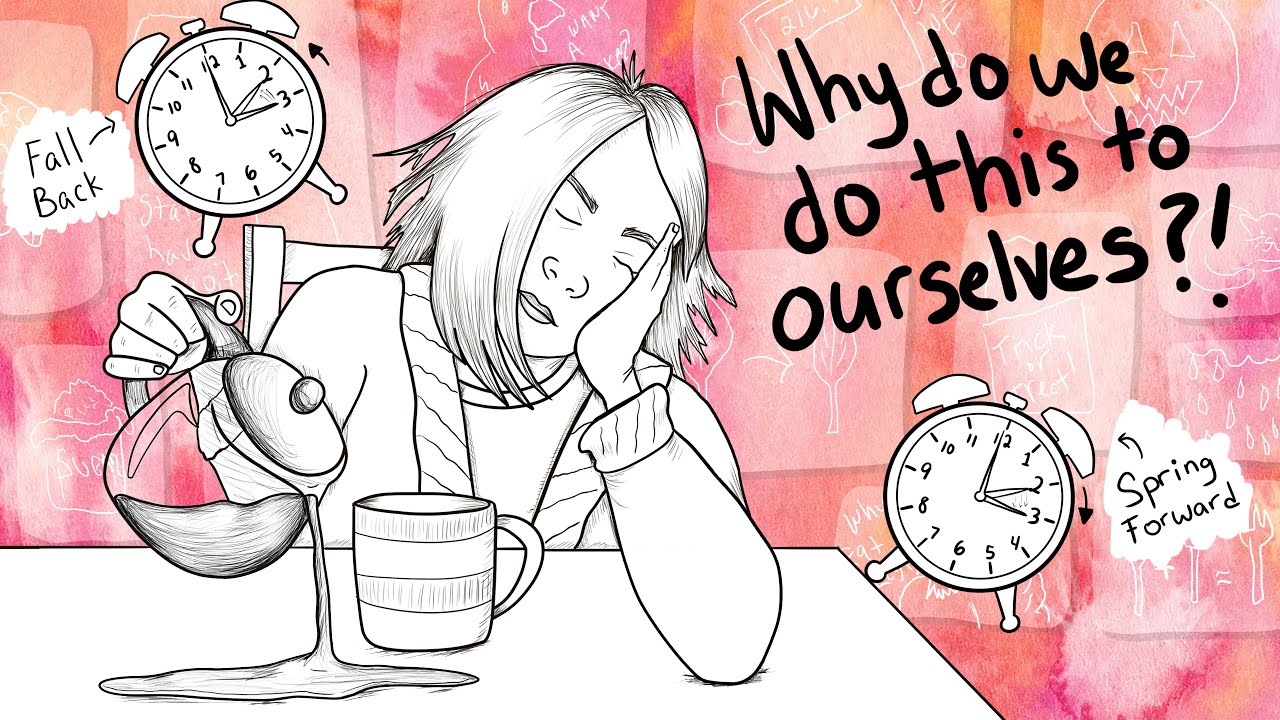 Every March, we lose an hour. And every November we get it back. For many of us around the world this is just an accepted and expected nuisance that reminds us twice a year that changing the clock on a car radio is a surprisingly difficult thing to do, but have you ever wondered what Daylight Saving Time is exactly and why we do it? As someone who finds herself an exhausted mess for a few days every March after the clock changes, tired, cranky, and able to function only with the help of a substantial amount of Dunkin’ Donuts, I knew I had to get to the bottom of this inconvenient tradition.

Studies show that, on average, people lose 40 minutes of sleep when the clocks jump forwards every March and though that may not seem like much, it’s been proven that it can lead to some serious consequences, including an 5.7% increase in injuries on the Monday after Daylight Saving Time starts. Probably most of which occur while waiting in line at Dunkin’ Donuts. Additionally, mood disturbances, traffic accidents, heart attacks, and suicides rates all increase around the clock changes. In fact, according to a 2019 poll by the Associated Press National Opinion Research Center for Public Affairs, 7 out of 10 people would prefer not to switch clocks twice a year. So WHY, if there are all these negative consequences from messing with time every six months, do we do it?

First of all, to understand Daylight Saving Time, we have to understand a bit about Standard Time. Standard time means that globally, geographical regions follow clocks set by their time zones based on a 24 hour cycle. If you were to look at a map of the world flattened out with the time zones marked you’d see the whole world overlaid with 24 stripes, each which is equivalent to an hour and is its own specific time zone. As you move left or right on the map the time zones increase or decrease by hourly increments.

Turns out that brilliant fool was Benjamin Franklin himself.

In 1784 while in Paris, Ben Franklin wrote a satirical letter to the editor of the Journal of Paris called “An Economical Project” after observing how Parisians liked to wake up late and stay up late. Though he didn’t suggest actually changing the clocks, probably because there was nothing standardized to change at that point-he did propose using cannons, guards, police, and church bells to wake people up at sunrise every morning. Like a community-wide alarm clock. This, he felt, would have them so worn out by sunset that they would go right to sleep and the citizens of Paris would save massive amounts of money utilizing sunlight rather than candles. Though his ideas weren’t implemented at the time and it would be centuries before Daylight Saving was actually introduced, the idea of having more sunlight in the evenings was out there now, making it easier perhaps for a man named George Vernon Hudson, an avid bug collector in New Zealand, to propose a two hour shift in time in 1895 so that he could have more sunlight in the evenings after work to practice his bug collecting. And in the early 1900s, a British activist, William Willett brought a similar idea for preventing the waste of daylight to the English Parliament.

It wasn’t until World War I however, when the first actual shift in Daylight Saving was implemented, first by Germany in 1916 and then by the United States in 1918. The idea was that in a time of scarcity such as the Great War proved to be, it would be wise to maximize resources during sunlight hours. Unfortunately neither Hudson nor Willett, who’d proposed the ideas in their respective countries, ever actually got to experience Daylight Saving time in all its glory for themselves since Willett died before it was implemented and New Zealand, where Hudson lived, didn’t partake in the clock changes at that point. They arguably weren’t missing much though since, once the war was over, Daylight Saving Time was immediately abandoned for another fifty years, that’s how despised the practice was.

Actually, that’s not quite fair to say. Though it was abandoned nationally, at least in the United State, states and localities could choose to continue the practice and many of them did, leading to all sorts of confusion, not only because Daylight Saving Time existed in some places and not others, but because they could start and stop using it whenever they wanted to. This led to what Time magazine called in 1963 a “chaos of clocks.” Finally, in 1966, the Uniform Time Act was passed in the United States, standardizing Daylight Saving Time to run from the last Sunday in April to the last Sunday in October. The act did allow states the option to remain on standard time year round if they preferred, though only Hawaii and Alaska chose that.

Now-a-days, North America, Europe, New Zealand, and some Middle Eastern regions all switch their clocks, though in November and March now, instead of in April and October. Most of Africa and Asia still don’t and in South America or Australia, it depends on where you are. For the most part though, we use Standard Time from November through March and Daylight Saving Time from March through November.

So, what are the benefits to Daylight Saving Time? Besides extra bug hunting time, of course. One popular rumor is that farmers were the ones vying for the extra hour of sunlight each day in the warmer months so they could get more work done but turns out that’s not the case at all. In fact, the change is detrimental to them since much of farm life is not dictated by the clock as much as sunrise and sunset in the sense that cows aren’t magically ready to be milked an hour earlier, and farmers are likely waking up at sunrise no matter what the time on the clock says. However, something as seemingly inconsequential as the changed hours of markets and deliveries times can be a major pain point for farmers trying to get things done. Instead, it’s retail outlets and recreational businesses that get the most benefit with people stopping to shop and play for that extra hour of sunlight in the spring and summer months. We’re sacrificing our sleep for Walmart and miniature golf, y’all. Come on.

But what about energy conservation and money saving measures, like Ben Franklin suggested? Does Daylight Saving help with that at least?

Well, arguably yes, but practically no, probably not. At least not anymore. With electricity to power lights, laptops, phones, and televisions, people aren’t just going to sleep as soon as the darkness hits…we’re just using more electricity to power our nocturnal lives, costing us collectively even more money. And since we’re alll staying up late, waking up an hour earlier is just that much more painful. Also, it turns out that the cost of running air conditioners for that extra hour at the end of the day uses more energy and costs more than the savings from less lighting. And, all that driving around to retailers and recreational businesses causes greater gas consumption, and we all know how expensive that can be. So is it really worth it?

Recent polls show that most people don’t think it is. In 2019, the European Union voted to end the mandatory switch to Daylight Saving time, though at the time of this recording it hasn’t actually been implemented yet. And in the United States, at least 33 states have introduced legislation to do away with the clock changes. So what do you think? I’d love to know so share your thoughts in the comments. Do you like the twice a year clock changes? And if you only want to stick with one time, would you prefer more daylight in the evenings or early in the morning? If this video helped answer your questions about Daylight Saving Time, please give it a thumbs up, and of course, subscribe to this channel if you want to come back and learn more new things with me again. Bye!